Why Paintball Is Better Now Than 20 Years Ago

Paintball 20 years ago was primarily an outdoor game played by a handful of enthusiasts. Paintball games were advertised by word of mouth and most of them took place on private land. You pretty much had to have your own equipment or know somebody who had an extra set of paintball gear in order to play. Paintball in Minnesota was just beginning, with Splatball one of the few commercial fields in the country. In fact we were probably the only paintball field in the Twin Cities. 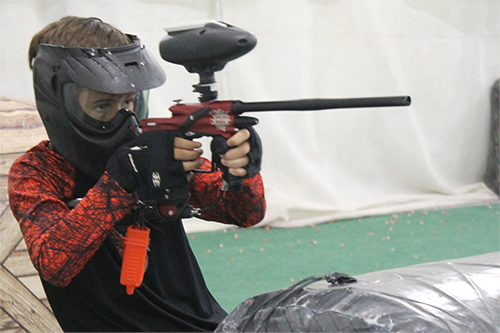 The paintball equipment of 20 years ago wasn’t very user friendly and most of it wasn’t really intended to be used in paintball games. Players wore military surplus camo which was great for concealment, but lacked useful padding. Paintball masks were sometimes nothing more than a pair of shop goggles and MAYBE a faceplate. Painful face shots were just part of the game.

What a difference 20 years makes. Paintball has become a billion dollar industry with dozens of companies making equipment specific to paintball. The gear has gone through countless refinements both in form and function. Companies such as Tippmann and Dye have devoted entire product lines to new players.

Even the game has evolved. The recent introduction of low impact paintball has opened the game to a whole new group of players. The smaller paintball and lower velocities mean paintball doesn’t have to hurt. New players who were afraid to try the sport have found the low impact format to be very enjoyable.

It’s hard to imagine what another 20 years might bring to paintball, but if the past is any indication it’s only going to get better.