Splatball History, How It Started 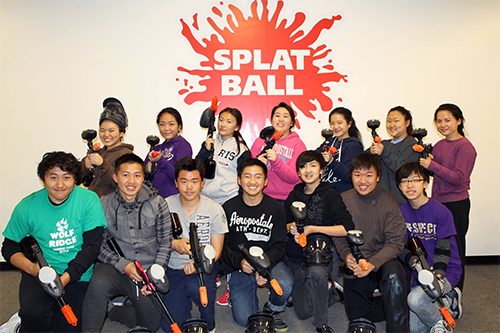 Splatball history began over 30 years ago. Founded in 1984, Splatball is the oldest paintball company. For over 30 years the focus has been on providing safe, fun paintball experiences for players of all ages and skill levels.  You name it, Splatball has done it.  Woods, speedball, urban warfare, concept Hyperball, etc. Over the years we have had indoor and outdoor facilities throughout the Twin Cities including Minneapolis, Saint Paul, Rosemount, Rogers, and Hudson.

In 2013, Splatball moved to a new location near downtown Minneapolis. The new indoor 15,000 square foot facility is fully heated and air conditioned. It features an observation area and the largest paintball store in Minnesota. The playing field boasts an urban tactical layout with props such as ammo crates, tanks, and Humvees. The facility was built specifically for hosting events/parties geared toward first-time/novice players. It was also the first facility in Minnesota to go mainstream with low impact paintball equipment, providing players with a no-pain version of paintball.